A Book by Robert DiNapoli

A selection of Old English poems identified as wisdom texts

The Fetters in the Frost 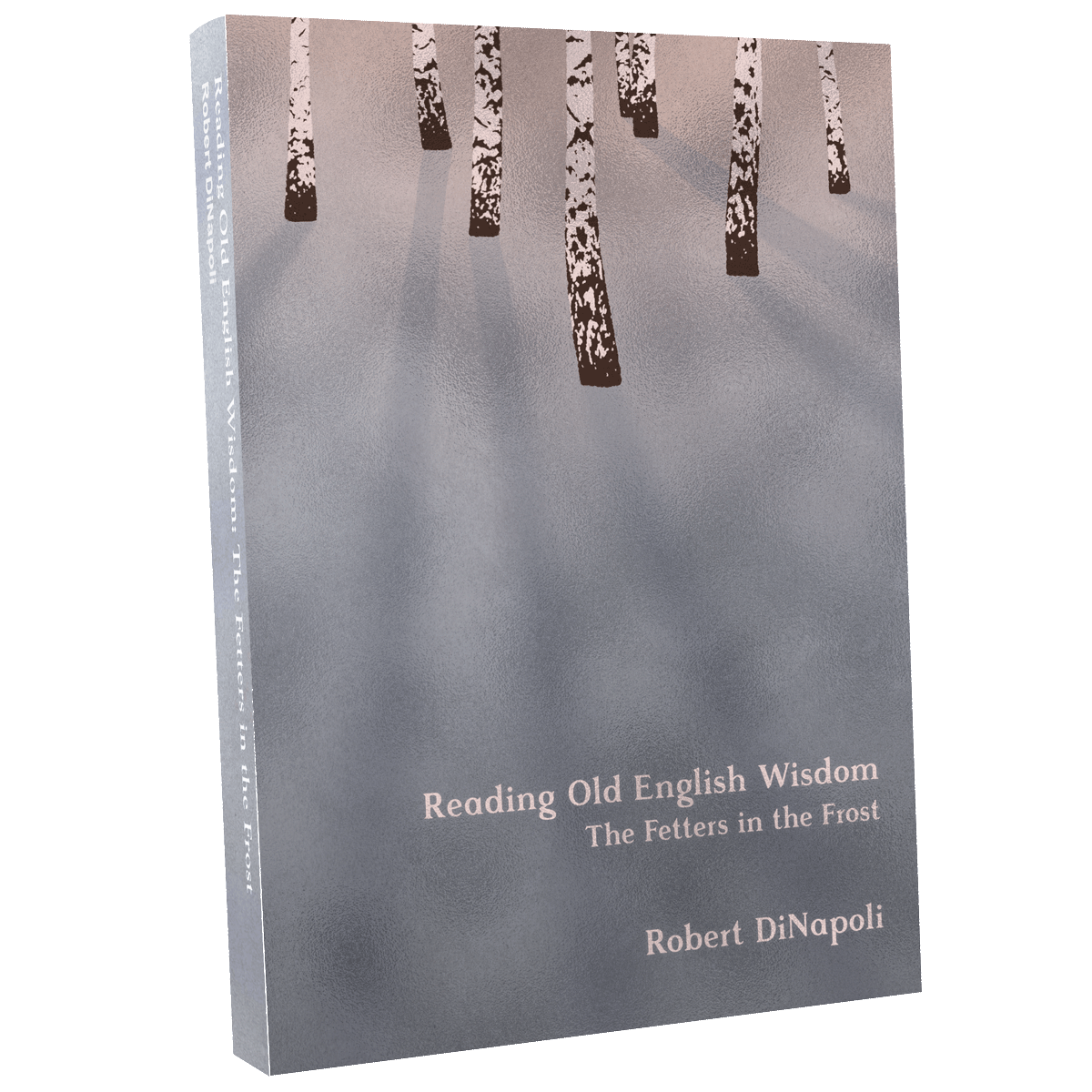 You can enter the discount code, PROMO25, on your order.
Cambridge Scholars Publishing, 2021
“But where shall wisdom be  found?” (Job 28:12)

Composed by monastic authors in Anglo-Saxon England from the ninth to the eleventh centuries, the poems translated and discussed in this book reflect the human imagination’s dance with the shifting contours of life within the bounds of space and time.

Harsh facts, rare joys, and the overarching mystery of mortality play among the fixed reference-points of orthodox Christian beliefs. These are ghosted by pre-Christian sensibilities embedded in the linguistic texture of Old English verse itself, whose echoes my verse translations and commentaries seek to mediate.

The poems of Engelboc scout the frontiers between language, history, memory and the evolution of spiritual sensibilities across long reaches of time
LEARN MORE

The complete Old English text of Beowulf, the most celebrated poem of the Anglo-Saxon era, in short sections followed by verse translations and extensive commentaries.
LEARN MORE

Book Launch At The Alderman